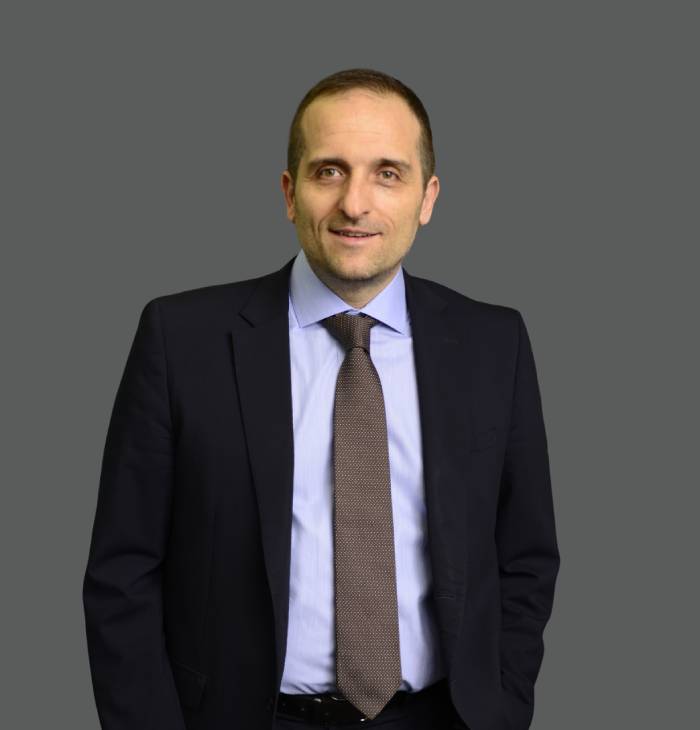 Çağlar Göğüş
Chairman of the Board 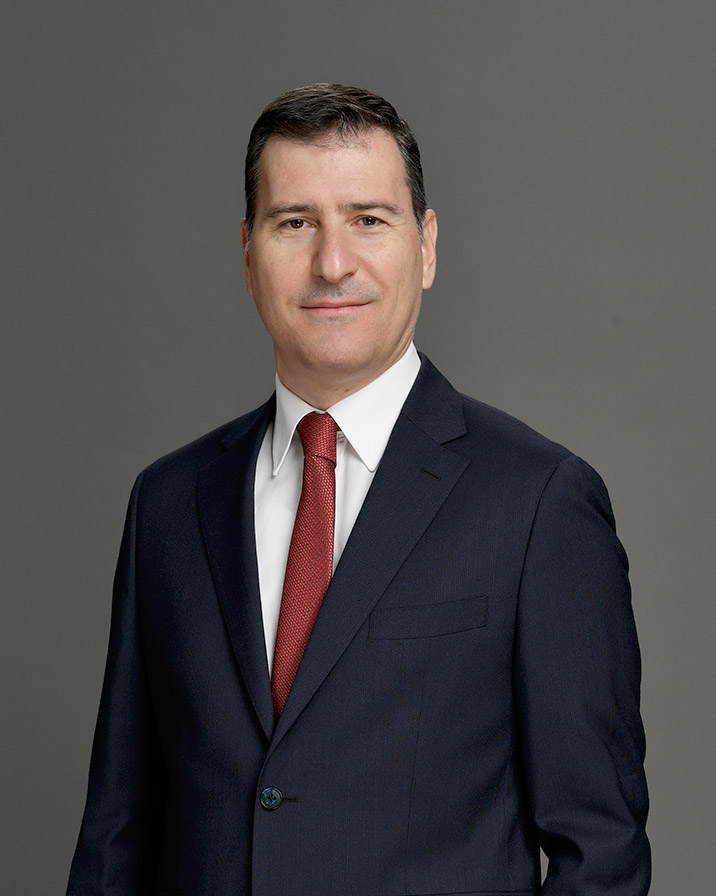 Bora Yalınay
Vice Chairman of the Board 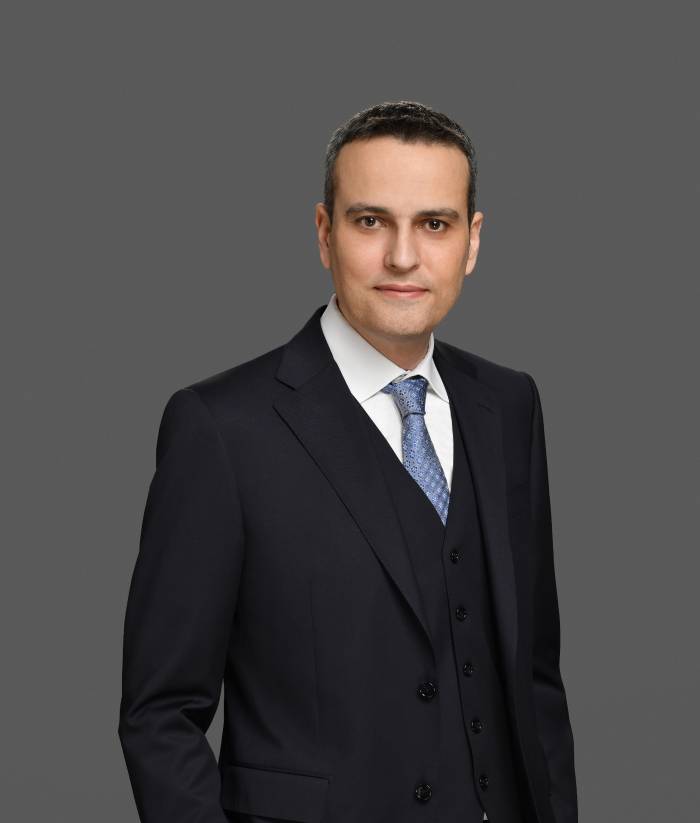 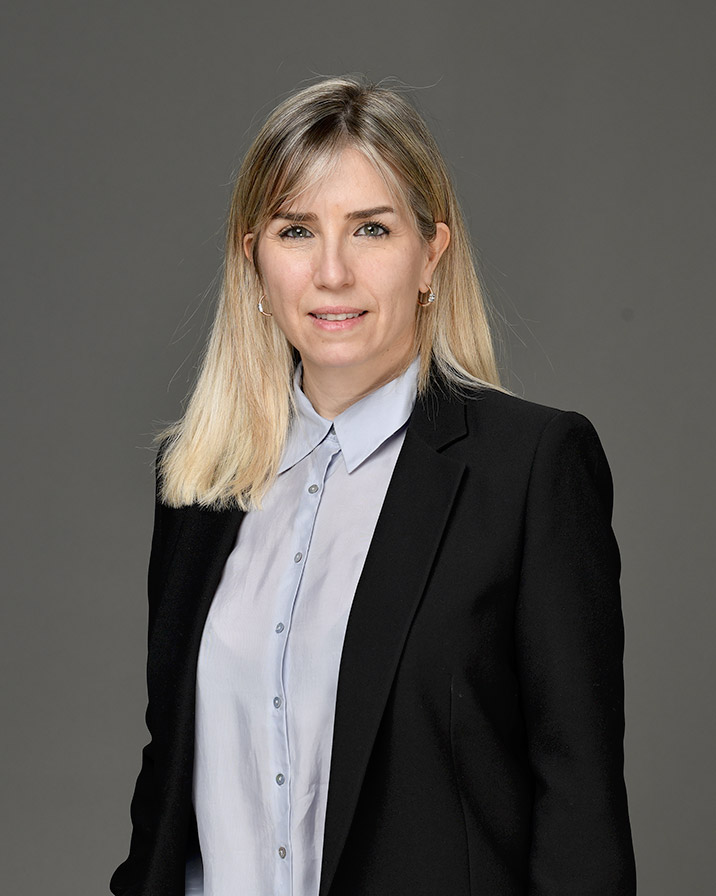 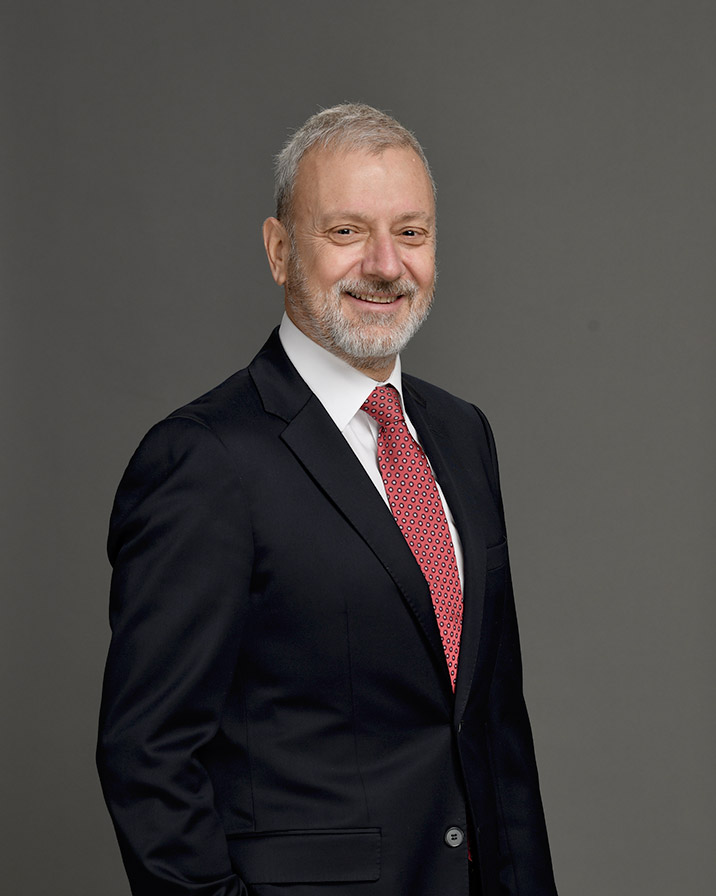 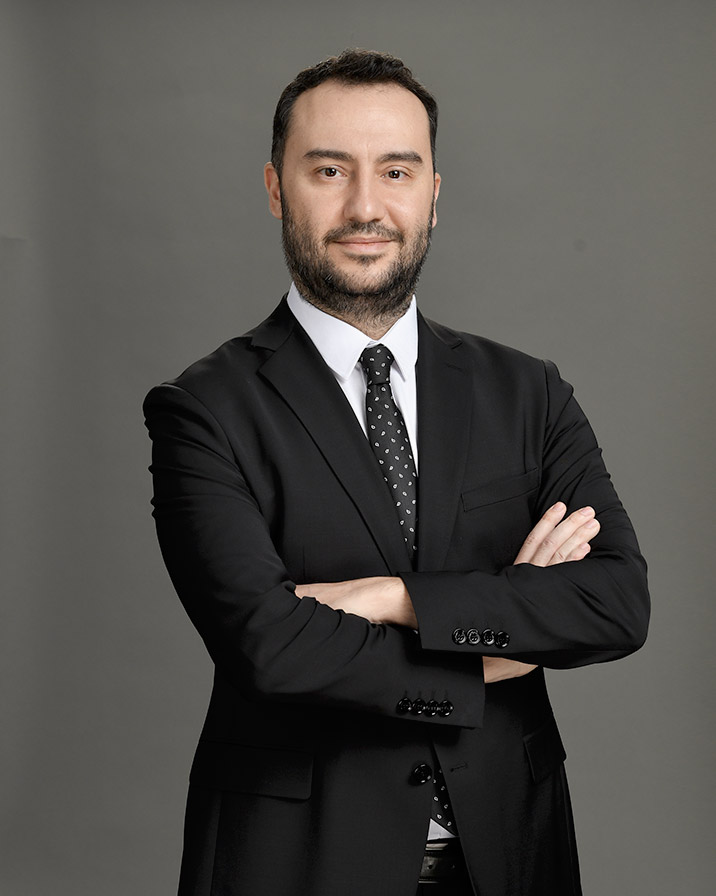 Chairman of the Board

Çağlar Göğüş earned his B.Sc. degree in Business Administration at Bilkent University in Turkey, and his MBA from the University of Florida. He began his professional career in 1996 as a Senior Analyst at Coopers & Lybrand (current PwC). In 2000, Following his tenure as Senior Analyst and consultant at Arthur Andersen and AT Kearney, he joined the Peppers & Rogers Group. Later becoming an international partner at Peppers & Rogers, he initially served as the General Manager overseeing after- sales services in all regions. Göğüş played an important role in Peppers & Rogers’ growth in the EMEA region and beyond. Through his consultancy work for over fifty major companies and regulatory authorities across a range of geographic areas, he has gained special expertise in strategic growth and transformation. He has attained vast experience over the years in the new economic order as well as in classic economics.

Göğüş joined the Doğan Group in 2015 as an independent board member for Hürriyet Gazetecilik. After holding this position for one year, he served for over two years as Hürriyet Gazetecilik’s Chief Executive Officer (CEO). During his tenure, he oversaw important projects, including those involving digital transformation, efficiency, profitability, redefining of business processes and the designing of a corporate character for Hürriyet Emlak (Hürriyet Real Estate and Properties).

Göğüş is married and has a daughter and a son.

Vice Chairman of the Board

Bora Yalınay graduated from Bilkent University, Department of Economics in 1997 Having begun his career in 1997 at the Istanbul offices of Deloitte auditing firm, he worked most recently as a senior manager. He worked at the Deloitte Canada offices between 2000 and 2002.

Following his auditing experience of over a decade, and a Yaysat financial control experience of 1 year, he continued his career as the Group Financial Audit General Manager with Yıldız Holding in 2009 He worked as the CFO of Ülker Bisküvi between 2010 and 2016 During the process that began with the financial restructuring of the company in 2010, he has carried out several acquisitions, company sales and merger projects, completed overseas financing projects of USD 1 billion, and led the secondary public offering process in 2013 He worked as the Vice President of Ülker Bisküvi in charge of Turkey, Saudi Arabia, Egypt, Romania, Kazakhstan, Lebanon, and Pakistan operations between 2015 and 2016 During such time, he led a team of more than 200 finance professionals in six different geographies. He has also led the financial operations of the central procurement company of Yıldız Holding within the scope of his responsibilities with Ülker.

Bora Yalınay has worked as the CFO with the Gürallar Group, the six biggest glass producer in the world exporting over 130 countries, between 2016 and 2019, and has conducted the first overseas financing and overseas expansion projects of the Group.

Bora Yalınay holds a Certified Public Accountant certificate and speaks English fluently. He has one son.

He has graduated from Istanbul University, Faculty of Business Administration in 1998 and later completed his MBA program at Virginia Tech University in 2002. He then obtained a PhD in Business Administration and Finance at Işık University. Following his graduation, Mr. Kuyan worked as Private Portfolio Manager at Finans Yatırım Menkul Değerler A.Ş. He joined Doğan Group in 2005 as Assistant Specialist in Strategical Planning and Business Development. Along with the Group's investments in the energy field, he was appointed as the Energy Director of Doğan Holding in 2012. Kuyan, who was Chairman of the Board of Directors and Executive Director of Galata Wind since 2014, has also served as the General Manager of the Company since 2017.

Still serving as the Executive Board Member and the CEO of Galata Wind as well as Head of all energy investments and operations of the Doğan Group, Kuyan has also been the Chairman of the Board of Directors of the Energy Trading Association (ETD) since 2019. He is also a Board Member of the Solar Energy Investors Association (GUYAD) and the Electricity Generators Association (EÜD).

Burak Kuyan is married and has one child.

After earning a Bachelor of Science in Business Administration from the Middle East Technical University, Faik Açıkalın began his banking career in 1987 as a management trainee at Interbank. He subsequently held various positions, including Internal Auditor, Relationship Manager, Branch Manager and Marketing Manager at Interbank, Marmarabank, Kentbank, Finansbank and Demirbank. In May 1998, he joined Dışbank— later renamed Fortis following its acquisition by the eponymous international finance group—as Executive Vice President. Later that year, he was appointed Chief Operating Officer (COO) responsible for the coordination and communication between the Board of Directors and business units. He also assumed his position as a Member of the Credit Committee. In June 1999, Açıkalın was appointed Deputy Chief Executive Officer (CEO) and a member of the Board of Directors. In December 2000, he became CEO of Dışbank. Following the acquisition of the majority shares of Dışbank by Fortis in July 2005, he continued to serve as CEO of the bank after it was renamed Fortisbank. Within that period he worked at international management of Fortis. In October 2007, he resigned from his duties at Fortisbank and became CEO of Doğan Gazetecilik. In April 2009, Açıkalın was appointed Executive Director of Yapı Kredi’s Board of Directors and was also appointed Chairman of the Executive Committee.

Ozan Korkmaz, who is the founding partner of APLUS Energy and SmartPulse Technology companies, has more than 15 years of experience in the energy sector. His areas of expertise include energy demand and price forecasting models, feasibility and engineering studies of electricity generation investments, operational regime optimization in thermal and hydroelectric power plants, electricity transmission & distribution & retail tariff modeling and consultancy. Before founding APLUS, Ozan Korkmaz, who has studies in the academic field related to energy markets, worked as a consultant on many projects on energy generation and distribution during this period. After graduating from Middle East Technical University, Civil Engineering Faculty, Korkmaz completed his MSc. degree in Hydroelectric Energy in the same department and still continues his PhD. studies at Istanbul Technical University in the field of Energy Engineering. 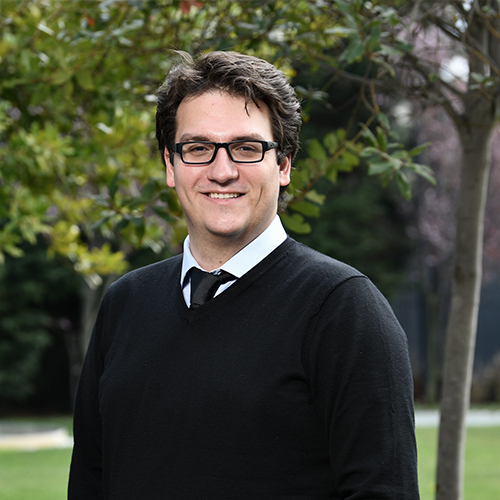 After graduating from the Faculty of Mechanical Engineering at Istanbul Technical University in 2009, Gürpınar received a MSc. degree in 2011 from Nordic Five Joint Programme in Innovative Sustainable Energy Engineering at Kungliga Tekniska Högskolan (KTH- Stockholm) and in Wind Engineering from Danmarks Tekniske Universitet (DTU-Copenhagen). Meanwhile, he worked as a master thesis student at DTU's National Sustainable Energy Laboratory in Risø. Gürpınar started to work as an energy assistant specialist at Galata Wind within the Doğan Holding MT (Management Trainee) Program in October 2012. He undertook different duties within the company in the fields of electricity retail sales, portfolio management, domestic and international electricity trading, power plant operations, new investments and business development. Gurpinar still continues his duties as COO and Business Development Director. He speaks English and is a Professional Coach. 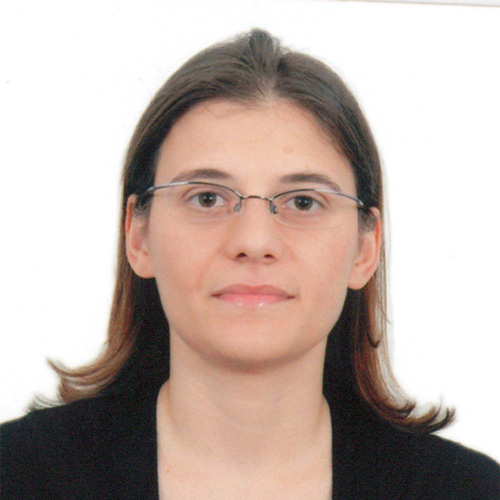 Ozlen Ertugrul Cendere graduated from Marmara University Faculty of Law in 1997 and graduated from Indiana University School of Law in 2006 in Master of Law (LL.M.) with an Award for Outstanding Academic Performance. She started to work as a lawyer at Doğan Şirketler Grubu Holding A.Ş. in 2008, was appointed as Legal Manager and Senior Legal Manager in the following years, and took part in many projects, especially M&A’s of energy investments. Cendere, who specializes in corporate law, contract law and M&A, was appointed as Chief legal counsel to Galata Wind in September 2019. Cendere speaks English; and she is married with two children, a girl and a boy. 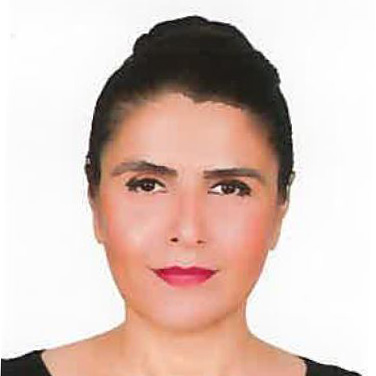 H. Müge Yücel was born and raised in Germany and completed her undergraduate education in Marketing at Michigan State University in 1999. She also holds a Masters in International Management (2001) and International Finance (2003). She joined Doğuş Otomotiv in 2008 after an 8-year career abroad where she gained significant experience in property investment, strategic management, project planning and financing. She also continued her duty as the person responsible for Governance Rating.

Yücel is licensed as a Governance, Risk and Compliance Professional and is a Financial Planning and Analysis certificate candidate. She holds the CMB Advanced, Corporate Governance Rating, Derivative Instruments and Credit Rating licenses. She speaks English and German. 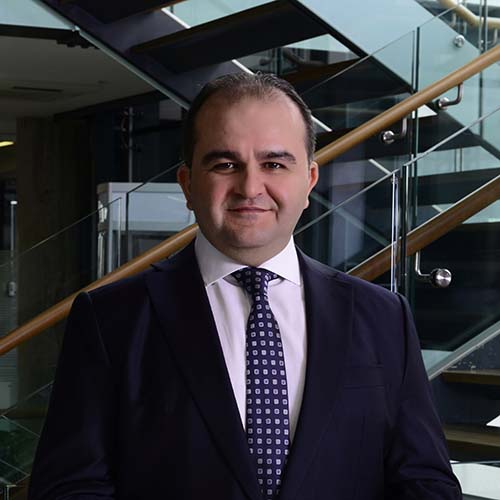 Beginning his auditing career at Sanko Holding in 2003, Mr. Sırtıkara served as Internal Audit Manager at Doğan Yayın Holding between 2005-2010. Between 2010 and 2013, he worked as the Analysis and Evaluation Director in Doğan Holding's Financial Affairs Unit. Ayhan Sırıkara, who was the Vice President of Management Coordination in 2013-2017, still continues his duty as the General Secretary at Doğan Group of Companies. He is also a PETDER Board Member representing Aytemiz Akaryakıt A.Ş., of which he is a Board Member, and is a member of the board of directors of various Doğan Group Companies. He is married and has two sons. 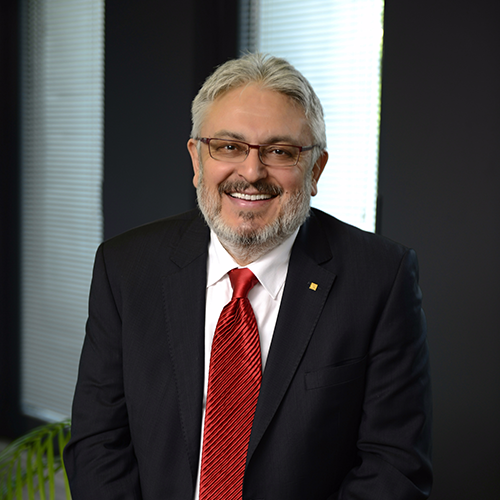 Born in 1959 in Istanbul, Ahmet Toksoy was graduated from Istanbul University, Faculty of Business Administration, Finance Department in 1981 He worked as a Tax Inspector in the Ministry of Finance from 1984 to 1989 Following that, he began to work in Hürriyet Holding as a member of the Supervisory Board. He occupied the position of Deputy Director of Finance from 1990 to 1991 and Director of Finance from 1991 to 1995 in Hürriyet Newspaper. Then, he worked as a certified public accountant in Aktif Denetim Certified Public Accounting Company for 3 years.

He was assigned as the Group Head of Finance at Hurriyet Newspaper in 1998, which he continued for 11 years, and in early 2010, he took up the position of Head of Audit and Risk Management at Doğan Holding. In the course of that period, he held offices of Member and Chairman of Board in various companies of the conglomerate. Toksoy also worked as the Chairman of Board at Hürriyet Journalism and Printing Inc. during 2017-2018.

Toksoy left the offices of Doğan Holding Head of Finance and Executive Board Member which he held from September 2011 until the end of July 2019.

He was appointed as a Board Member of Doğan Holding in March 2019.

Toksoy is married and a father-of-one. 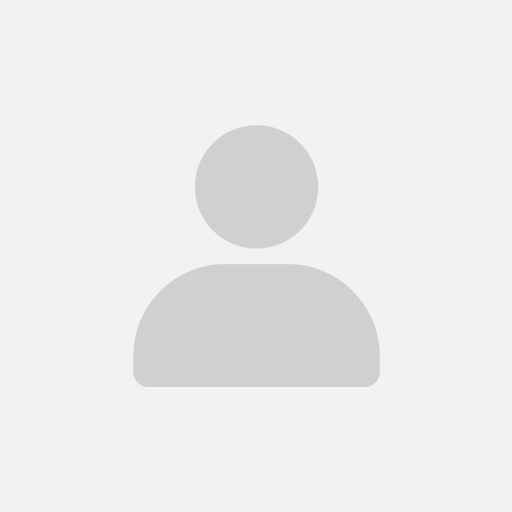 Onur Aytekin started to work as an independent auditor at KPMG after graduating from Bilkent University, Department of Economics in 2006. He carried out independent audits of many sectors, especially banking, non-bank financial institutions, automotive and construction, as a manager and senior manager. Between 2014 and 2018, he worked as the Finance Director and CFO at Kuehne + Nagel, operating in the logistics industry; and İskan Gayrimenkul operating in the construction industry. Aytekin, who started working within Doğan Holding in 2018, first took office as Assistant General Manager in charge of Finance and Financial Affairs at Doğan Yayınları. In December 2021, he was appointed as CFO at Galata Wind. He speaks English. Onur Aytekin is married and has two children.

Neslihan Sadıkoğlu started to work as the Advisor to the Chairwoman of the Board of Directors in Doğan Holding in 2016 and was appointed as Doğan Holding's Vice President for Corporate Communications and Marketing on March 1, 2017.

Leading the sustainability efforts of Doğan Holding and completing the Cambridge University Sustainability Leadership program in 2020, Neslihan Sadıkoğlu still continues her duty. She also serves as the Board Member responsible for Sustainability for Galata Wind.